Departing Kabul: Are We “Leaders” Supporting Our Most Important Teammates? 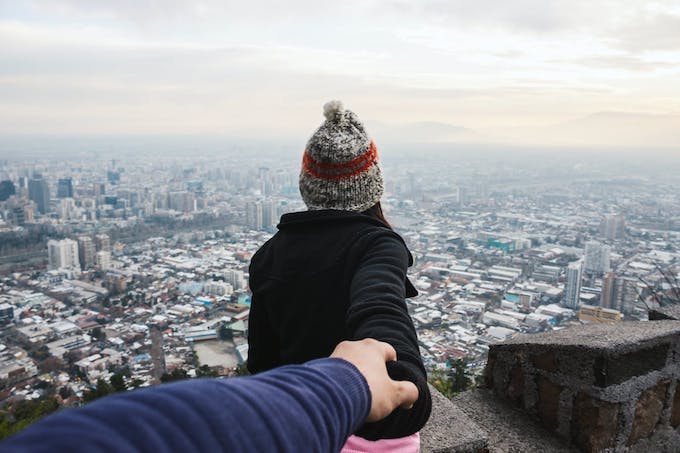 I’ve come close to publishing this article several times in the last couple weeks, each time halted by the fear that I haven’t yet absorbed everything I could. That I hadn’t learned as much as I could yet. That there were still new details hidden in the shadows we all must learn before synthesizing the story into a useful lesson. I’m at the point now where I don’t think we’ll do much with what we have. I’m not sure we’ll do anything at all. Because we’ve fallen into the same ol’ traps we always do after an international crisis. We argue with each other about surface-level issues and leave behind perhaps the most consequential of problems for ‘someone else’ in a future generation to fix.

On August 16, Americans (and many more around the world) began seeing images of a C-17 Globemaster III, an Air Force cargo plane, taxiing while surrounded by a throng of unarmed, unprotected civilians. To make matters worse, subsequent images and video emerged that week showing bodies falling from the aircraft on takeoff and, most horrifyingly perhaps, in-flight video of a body still partially caught inside the main landing gear compartment. At first, looking closely at the first video, I was convinced it had to be fabricated. Why? Because I couldn’t imagine at C-17 pilot and crew making the choice to ‘throttle up’ and move the airplane while surrounded by people hanging on for dear life. Surely the Air Force’s flight safety rules would prevent such an action and require reinforcements to clear the way before the aircraft would receive clearance. After watching the landing gear video, my horror grew beyond what I could keep locked away to myself–I reached out with questions. Contacting an old commander of mine, I asked whether these images could be true. He quickly confirmed that they were, and even that the Air Force ground crew receiving that infamous C-17 had found bodily remains inside that landing gear compartment. To say I was ‘shocked’ would be an understatement.

So why bring this up now? It’s been three weeks, and there are bigger questions at-hand than this aircrew’s actions. That may be true, but we ignore the lessons of this incident to our own peril. Yes, the rapid fall of Afghanistan may be attributed to failures of strategic leadership. Yes, it will be critical for Congress to assume its responsibilities pursuant to Article 1, Section 8 of the U.S. Constitution and direct the executive branch on how and where it shall employ follow-on forces. And yes, there is already a call for many senior military officers to resign over the apparent lack of intelligent planning that led to the still-raging humanitarian crisis. But those are all questions that will be answered in the coming months and years. Where I think we must focus now, as individual leaders and citizens, is on the tactical failures that contributed to the crisis. Make no mistake, those on the front line hope their senior leaders back them up when making life-or-death decisions. Yet time has suggested the opposite to be true at times, as may have been the case for our C-17’s crew.

Even after confirming the images’ authenticity, I still couldn’t believe it. I couldn’t believe we’d knowingly incur such high risk for civilian casualties. I couldn’t believe the crew had not secured additional security or logistical support to depart Kabul safely. And I couldn’t believe no general or admiral responsible, perhaps the commander of Central Command’s Air Force component or the Tanker-Airlift Control Center (TACC), spoke to forces in-place and the broader public about what they should have done and will do differently in the future to prevent an aircrew from facing such a gut-wrenching decision. I don’t fault the crew, despite the rules or protocols they may have violated. The Law of Armed Conflict empowers military elements to defend themselves when under attack or threat of an attack. It’s not difficult to argue, even with just the videos available to the public, that the aircrew faced an uncertain threat on the ground. The longer the aircraft remained at Kabul’s airport, the worse the resistance they could’ve faced on departure. Is any commander, any military member audacious enough to brand themselves leader, able to explain how the aircrew could have been left so alone and without aid given how difficult it was to secure the airfield? Beyond that, how could the aircrew’s trust in their leadership and supporting forces have deteriorated to such a point that they had no choice but to push an 85-ton (when empty) mass of metal and jet fuel through hundreds of fleeing human beings. I realize none of the commanders in question may answer, though I think the question is just as relevant for YOU and ME: What have WE done to ensure our teammates, no matter how high or low in the hierarchy, are empowered to lead and problem-solve? What have we done to ensure they’re never asked to violate all they’ve been taught and hold dear just to accomplish our “mission?”

If you’ll permit me, I have answered this question for myself before. I have been in situations where my teammates had to make critical decisions (not life-or-death, to be clear) and be responsible for the consequences. I knew in that environment, as I worked to train those men and women, that I was responsible to them–to ensure they had the support necessary to decide and act freely. To do so, I did (and continue to do) the following:

I wasn’t in Kabul on August 16. I’ll never know the whole story behind that aircraft’s departure, with a reported 600+ souls aboard. I can never be sure there’s not more to the aircrew’s side of the story, or the Air Force’s, or Central Command’s. But I do know how important consistent leadership is the outcome of any effort. I genuinely believe the scenes of a C-17 taking off through a sea of bodies represents one of the Air Force’s grossest failures of leadership throughout the operations in Afghanistan. We’ve lost thousands of service members and perhaps no one else thinks so much of this ‘minor’ incident. For me, there’s nothing minor about it. There’s nothing minor about a military that pushes its people to roll over noncombatants because there’s no other choice.

← What COVID-19 Gave Me (Part V): Working Not From Work
Have We Learned What We Should’ve? →

3 Comments on “Departing Kabul: Are We “Leaders” Supporting Our Most Important Teammates?”